My opinion doesn't count. What is important is what God the Father and Jesus Christ think and what They believe is important for us and what we need to understand. So, here it goes. Do you, the reader, think it is important to believe the Dead Sea Scrolls are true and were once part of the cannonized Bible? And if they were once part of the Bible, WHY ARE THESE TEXTS NOT IN THE BIBLE ANYMORE? It seems that there are Apostles who have quoted Scripture from these so called "dead sea scrolls", namely 2 Tim 3:8, Jude 6, Jude 14, 2 Peter 2:4, 1 Peter 4:19-20. Also in the Old Testament are references to the Book of Jasher, 2 Samuel 1:18 and Joshua 10:13. It even gets more questionable when you read Genesis 6:2-5. Moses recorded in a couple of verses some horrible events that took place BEFORE GOD DECIDED TO BRING A FLOOD ON THE EARTH. To wipe out humanity. Just like that. For at least the last 15 years, I wanted to understand what these verses meant. Why? Because Jesus says very clearly

26 “Just as it was in the days of Noah, so also will it be in the days of the Son of Man. 27 People were eating, drinking, marrying and being given in marriage up to the day Noah entered the ark. Then the flood came and destroyed them all.

Matthew 24:37-39
Even Jesus refers to Genesis 6, and that people in the End Time would not know when the Son of Man would return to earth. Jesus could also refer to Sodom and Gomorra, when two angels burned these cities to the ground because of their wickedness and iniquity. But He didn't. Jesus specificly pointed to the Genesis 6 account. WHY? My conclusion is that there must have happened something so detestable That God said.. Okay, this is it. All these people except for 8 need to die. All the animals, except those who go on the Ark, have to die, because it is all corrupted.
What have we today? We live in a time, where scientists mix plant DNA, where they mix human and animal DNA. We don't know what they put in these vaccins, they claim it is healthy for us and our children. These scientists claim now they can make the intellect of a human much more advanced, by mixing animal DNA (?!?!). They do everything behind close doors. Every now and then they bring out some scientific paper and what they have accomplished (cloning a sheep or grow an human ear on the back of a mouse) but they NEVER let the people know what they are really doing. They now talk about Artificial Intelligence and Transhumanism. Even movies are made about these human hybrids in the last 50 or what years (Splice, Little Mermaid, Vampires, Spiderman, X men etc.). If they make movies about it, don't you think these scientists are probably experimenting in these areas as well? What these Hollywood movie makers are doing is to prepare people for not normal standards (GODS STANDARDS), but to accept these as normal.
Children love it, these super hybrid humans with super powers. In the last 60  to 70 years more movies about witches and sorcerers are made (Walt Disney, Harry Potter, Lord of the Rings, Hobbits, Maleficent etc.) and people love it! But what of us, Gods people? What is our view on these detestable movies? Do we, in the Church, like it? What is our view on these movies?
Now, I like to investegate and do research in the Scriptures, so that the picture from beginning to end is complete and without gaps. I know that we cannot use the Scriptures for private interpretations (2 Peter 1:20-21, therefore I strongly advise ministers NOT TO SPECULATE TOO MUCH, because it will be harder to except truth when presented) which means God has to reveal it Himself. I do believe there is much proof for the credibility of these Dead Sea Scrolls, but it is up to you, the reader, to do your own research and PROVE ALL THINGS.

Next, I would like you to listen to a radio show from Rob Skiba with his host Zen Garcia. This man is not part of Traditional Christianity, neither is Zen Garcia. They both keep the 10 commandments, the Sabbath and the Holy Days. I know they are not called and don't understand the meaning of the Holy Days either, but they study the Bible (and many translations) with a zeal, which I do admire. Among other people's video's, I have also used Rob Skiba's material for FLAT EARTH.

From 55 minutes in the show where it gets really interesting. Listen all the way to 1.11.00 it will blow your mind what they speak about. I am now convinced there has been an organized effort to remove Christ (the Logos, the Word) from the Old Testament Scriptures, but also to get the important books of the Bible removed (by the Roman Catholic Church), shadow government --to have a greater understanding about the Book of Genesis-- that were for the Elect (Matt 24:22, Mark 13:20), those who would live in the End Time. Books that reveal the Biblical Cosmology and how God (the Word a.k.a. Jesus Christ) created the Heavens and the earth. A prophecy from Enoch what will happen in the End Time and so on. The Vatican has an enormous Library where normal people like you and me are not allowed to dip our nose in. They have so much stored in there. Among many artifacts, I believe they have scrolls that go a long way back. Of course, I cannot prove any such statements, but I believe everything will be revealed when Jesus Christ returns to earth. It is just a matter of time.

So, the question I'll ask: is it important to believe and understand these books that are not part of the cannonized Bible? And the next question would be: does it make any difference to understand Gods Plan for all of Mankind? Does it make any difference to what was revealed to Herbert Armstrong, Rob Elliott and Mark Little, and other servants on topics like false teachings and doctrines, and on how to overcome carnal nature? To all these questions I can say NO, it doesn't make any difference, but it does give you a much clearer picture on what really happened in Genesis 1 to 6. And on the flat earth theory, it only confirms more what the sun, the moon and the starts are. When I read the Psalms King David wrote, I can only but believe he must had a copy of the Book of Enoch. How he describes in a lot of detail the sun, moon and stars, the deep. But also in the Book of Job, where Job is being silenced by God (the Word) and where He starts to question Job on the creation of the earth, the animals (Job 38, 39, 40 and 41) and how God made the chief of Beasts Behemoth (dinosaur) together with man, and Leviathan (a huge sea monster, definetely NOT  A WHALE). In the Book of Enoch these creatures are described as still alive. The Leviathan lives in the Great Deep, while Bohemoth is a massive land animal. Only 5% of all oceans is discovered. That means 95% isn't. When you look on a Flat Earth model, you can see that 30% is land and about 70% is water. There is a lot what we don't know, and what we know is what THEY WANT US TO KNOW. Why? Because they don't want us to know we live in an invironment that was specially created by God also known as The Word, The Logos, Jesus Christ. Jesus says in Luke

"I tell you, he will see that they get justice, and quickly. However, when the Son of Man comes, will he find faith on the earth?”

I always wondered, WHY THAT BIBLE SCRIPTURE WAS IN THE BIBLE. But since I was challenged to proof God created a Globe or a Flat Earth, I now know why. Because people who believe in Biblical Cosmology, are being ridicueled, even by the brethren. They are ready for the nuthouse. People who believe the Books of Enoch, Adam and Eve, The Book of Jasher and other books that were delibrately taken out of the cannonized Bible, by those who don't want you to accept there is a God. The Universe, as they call it, with their many solar systems, and billions of star planets, billions of light years away, is based on the BING BANG theory. That is the origin. So, NO GOD IN THE PICTURE. I suspect that even the Jews are part of this conspiracy, because they took out 217 times in all translations THE WORD OF THE LORD (points to Jesus Christ, the Logos) in the five books of Moses alone. But, that is what your Bible teaches, and if you don't want to accept that, that is totally up to you. We have a free will. We can choose what we want to believe. I put ALL INFORMATION YOU NEED TO KNOW online, and it is up to you what you do with it. Your calling is your personal responsibility. 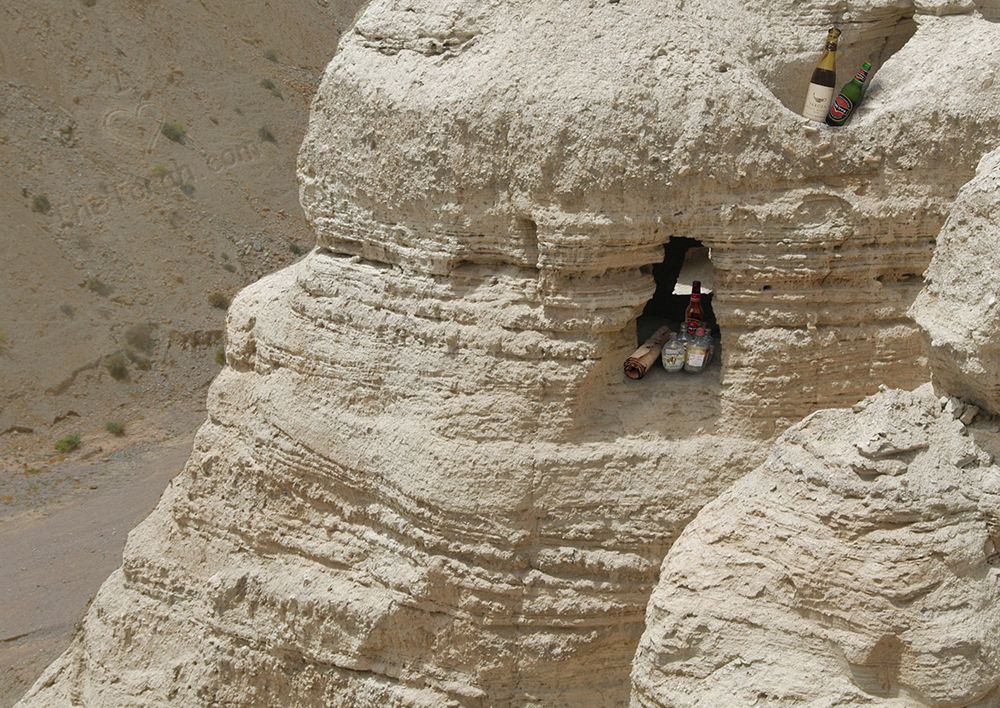 Is it thus important to believe there's a gap theory in Genesis 1 and 2 and that there were maybe two creation accounts instead of only one? Does it make it any difference to our salvation? Again, I have to say NO, IT DOESN'T. I believe humanity started with our forefather and mother Adam and Eve. That is what is important. We are decendants from them. In the Ancient world (before Noah's Flood) men and beast got so corrupt that God had to bring a flood on the earth, and wipe out all humanity and all living creatures save 8 people and those animals on the Ark. When the Great White Throne Judgement Period will begin, all decendants from Adam and Eve, all the way up to the Day of the Lord, when people died because of the plagues, and during the Battle of Armageddon mentioned in Revelation (6,000 years) will rise to physical life to be judged.